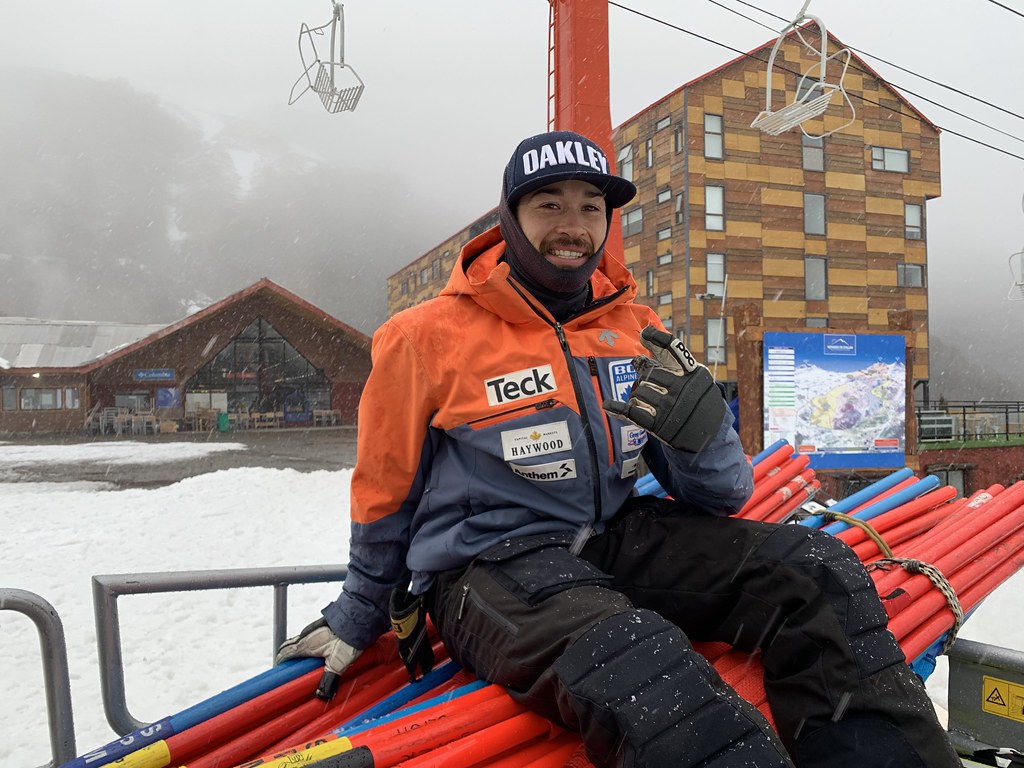 Here we are, back together following BCST as they navigate the seasons together. This trip in particular has been a long time in the making. Not meaning the weeks of planning done by Nick, although that’s been it’s own vigorous process. It started months ago when everyone’s thoughts were far removed from packing their bags and checking in for the long flight south. Tired perhaps from a long winter or maybe more hungry than ever to achieve the things that eluded them when the last course of the season had been torn down. The finality of the last race sinks in differently for most, but to start a new chapter you must first end the one you are in. This end to a season is inevitable, if not always welcome.

The new start comes in your off time. Your motivation gets a gut check during those few weeks. If it’s a yes, then you start to form an understanding of what you think you are willing to give, the kind of effort you think you are going to put in. All the good intentions you have are fresh and at the forefront of your mind. Then the break ends.

For us things pick back up on the Whistler T-bars, a taster of sorts and not exactly a normal feeling camp. Mid-summer snowfield skiing, when it’s full on bike season in the valley, gives it a strange sensation unlike when you are traveling for a camp. What a camp like that does do (outside of the actual training and habit making) is give the team a pretty good sense of if this is what they want to do, or only what they thought they wanted.

Make it through that and you’re into sweating season. (This gets ranty for a sec) For many that means it’s time to start talking about grinding. Spending some quality time in the pain cave. You know, being “gritty” and making sure to hashtag how you work. If you’re actually gritty as hell you’re too busy with your head down working your butt off to bother. You’re too out of breath to make sure the world hears about how you’re “grinding” and too busy trying to make yourself into something better to stop and get the flattering angle.

Make it to mid July still doing the things you thought you’d be willing to do way back in April when this all started then you are right on track. If that’s where you are at you are also feeling a little itch. Thoughts about putting all this sweat to use begin to materialize. August still needs to come and go though first. Training continues and that little itch becomes excitement and anticipation. The whole team gets it at some point or another, the moment you start being very much so conscious of how many days until it’s time to ski. 5…4…3…2…1… Get me on the plane, it’s time to buckle down and start the build to race season. 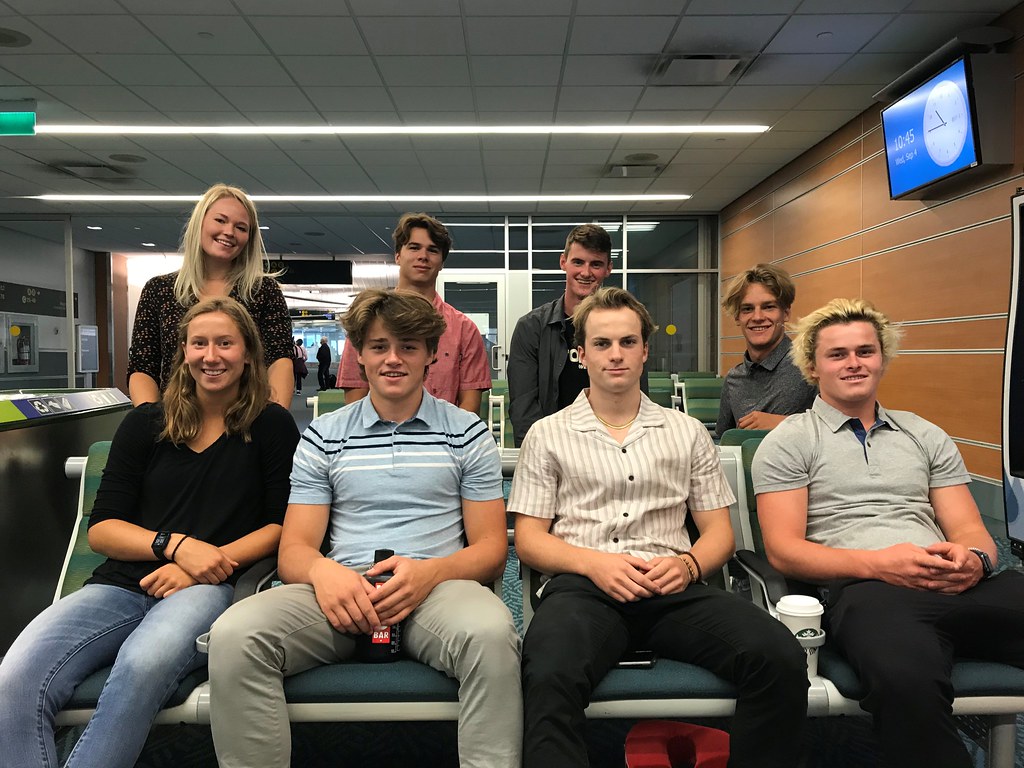 I suppose when you have a prologue then what comes next is just the story. Perhaps a prologue even warrants some sort of epic tale of heroism and struggle. I don’t know about all that, but I do know that the BSCT/BCSTG has spent the last few weeks writing their own story here in Chile. For each person the plot has it’s own subtleties but they are all unavoidably intertwined while living life on the road. Where to start? The differences or similarities?  Those things that can’t be helped other than to be shared or the small moments that give each person their own subplot to this “choose you own adventure”?

I’ll go with glue and magnets, honey and duct tape, gum and spider webs, this hotel and the common space it holds… a far reaching set of analogies and a far cry from my best work but to arrive at the point, we are stuck at this hotel… It’s a bit of a good news bad news situation. Good first: the Alto Nevados kills it with lunch and dinner, which is a luxury at Chilean ski resorts. It provides rooms that look like the misbegotten love child between European and western hotels (that’s actually a nice thing). The views at sun up and sun down are stunning here at 2000 meters and the team has barely missed a single one. Now this is a positive from my point of view and I’m sure it could be up for some debate amongst the crew, but the internet is god awful and confined to all of two and a half rooms. Screen time is down across the board and I’ll be damned but the evenings have been filled in part with conversations and card games, uninterrupted by the cry of social media. It would be a lie to say it’s not still present, but a small respite is a large victory. The bad comes in the form of some relatively small inconveniences. Each room in this hotel, even if it’s not separated by a door is a different temperature… it makes no sense and I’m sure would baffle scientist the world over. -10 degrees at night and your windows are wide open, + a million degrees in your room. Go into the hall and expect another massive swing in temp. The afternoons are 20 and gorgeous, right until you walk into the dining hall where it’s wool socks and sweater weather. The less first world bit of bad news is this hotel is also somewhat escape proof. Remembering that there are no restaurants, corner stores, or leisure activities of any kind to be found you are essentially tied to the hotel if you aren’t planning of dying of thirst and starvation. What makes it escape proof is location more than anything. Built on a plateau half way up the mountain any walk or jog to take in the fresh air is met by a steep incline or an equally steep decline. Hello spin bikes.

Now you have a sense of our home base this month. All you have to imagine after that is being surrounded by the same people every waking minute. More inescapable and more things shared. Lucky for us, the crew is meshing and they are unified by another thing: the mutual exhaustion they feel from pushing long demanding days together. Needless to say, everyone has a daily nap schedule and who knows what will happen if they miss too many of those. 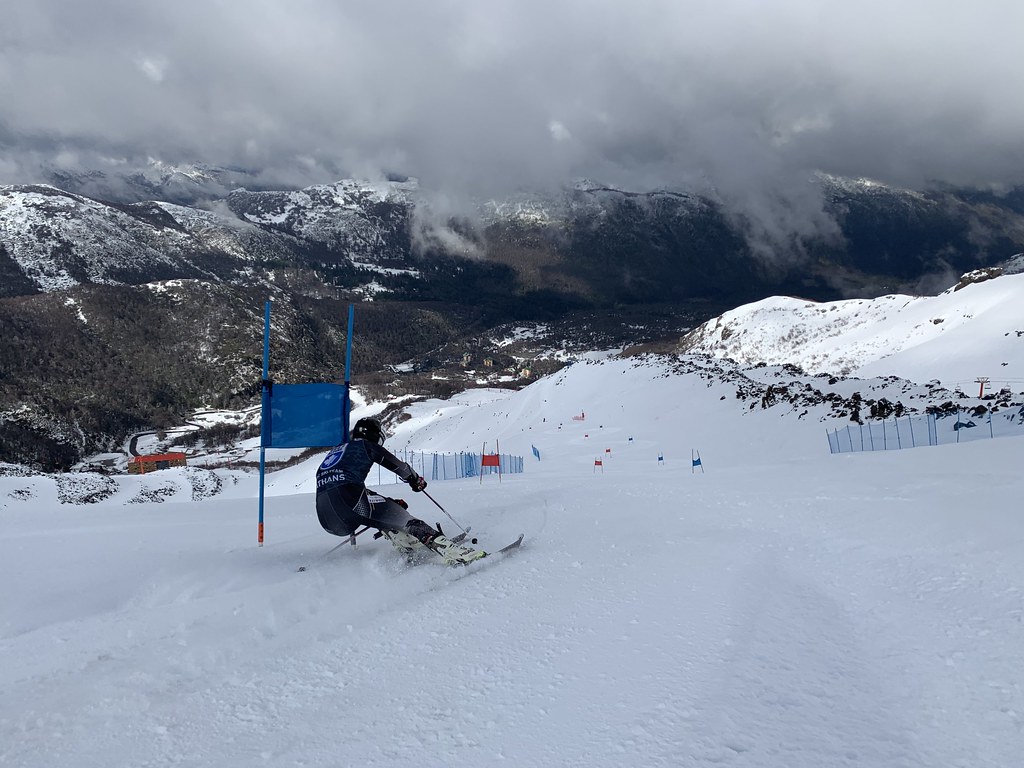 I picked “choose your own adventure” as my book reference of choice because in a much less morbid way, that is what we are having the team do each day. As the staff we are doing all we can to script this groups day, camp, and season. Knowing the possible outcomes prior to ever setting foot on snow. No we don’t have a crystal ball, and no way we are egotistical enough to assume the mantle of gods gift to ski coaching. But do the right things, in the right environment, minding the details day after day after day and the outcome is going to be close to where you want to land.  So instead of taking option A, flipping to page 97 and going into the woods to investigate a strange sound with nothing but your toothbrush, then inevitably getting eaten by some swamp creature and starting the book over again only to find your demise another thousand ways over. The athletes are choosing their own fate run to run and gate to gate, remembering what lead them further than last time and what choice is a sure bet to end up back at the beginning. The way you get through those stupid books is a sharp memory, good recall, and patience. Patience is not to be confused with the ability to blindly stumble along for longer than most. That I suppose is aimlessness, and it’s the demise of many a wannabe ski racer.

When we are skiing are they making the right choices? Or at least the righter choices? I’ll waffle and say yes and no. The “yes” coming from improvements shown and the “no” coming from the standard of this team, which is in part also the level of potential shown in this group. Without drowning you in too much detail I’ll say the bulk of the team is skiing with foreign and new/adapted feelings on their skis right now. The mid point in change where they are putting what they have conceptualized into action, and having that translate into a feeling. Then the feelings come with stronger resolve and after that it’s gone from habit breaking to habit forming and we’re rolling.

Change of pace real quick. What do I know about volcanoes?  We are on one. They have lava. It’s the idea place to make some kind of sacrifice. That’s about it. You may remember from last year that this one coughs smoke, steam, and ashes on the daily. Perhaps it was juvenile but both Ashman and I were really hoping that one of these mornings we would be going up the lift and the top of the volcano would be glowing and fiery, I mean how cool would that be?! Then it hacked up plumes of ash at a rate we hadn’t seen before. Strange, yes, but none of the staff were running for the hills and the level of concern was very low. Too low even… first query on google was titled “Volcano at Thermas de Chillan shows most activity since 2015 eruption”. Ominous much? But now we are head first into the rabbit hole and reading all about the possibility of impending doom. Next was deciphering that it was an amber alert in volcanologist terms and that, that has nothing to do with children. Soon we had a video of molten rock oozing out of the back of our volcano. Still not too much stress, but of course attached to the video with the magma was a photo headed “lava flow zones”. Wait now, this can’t be right, they built the hotel and the one road in or out directly in the flow zone? Of course they did… Now I’m just speculating but this all coincided with the Masters world cup. Coincidence that the mountain was threatening to pop it’s top (a gentle pop I’m sure, but a pop none the less) at the same time as what seemed like all the masters in the world were in attendance? Well I kid you not, the “world cup” ended and the next day the yellow volcanologist helicopters stopped there twice daily observations of the mountain and the threat level was recued to yellow. I will let you draw your own conclusions. 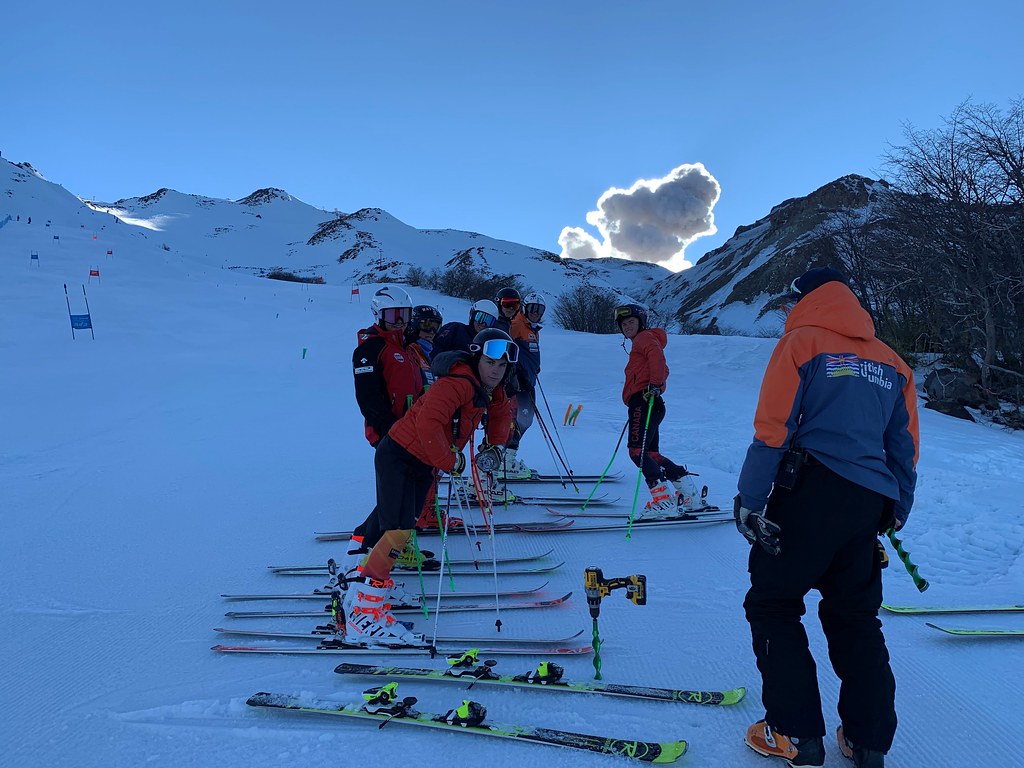 Chile camp has almost reached its conclusion for us, which means the end is as far away as it’s ever felt. The team is still going strong though and on the backs of hard work and determination the crew will finish strong.

This entry I will leave you with something a little different,

(Literally watching a video of molten rock coming out of it)

- I’m staying away from the seafood here, it’s a safe bet. (First person to get sick… yeah okay, it was only a cold, but still. Meanwhile everyone is eating the seafood every meal every day, totally fine.)