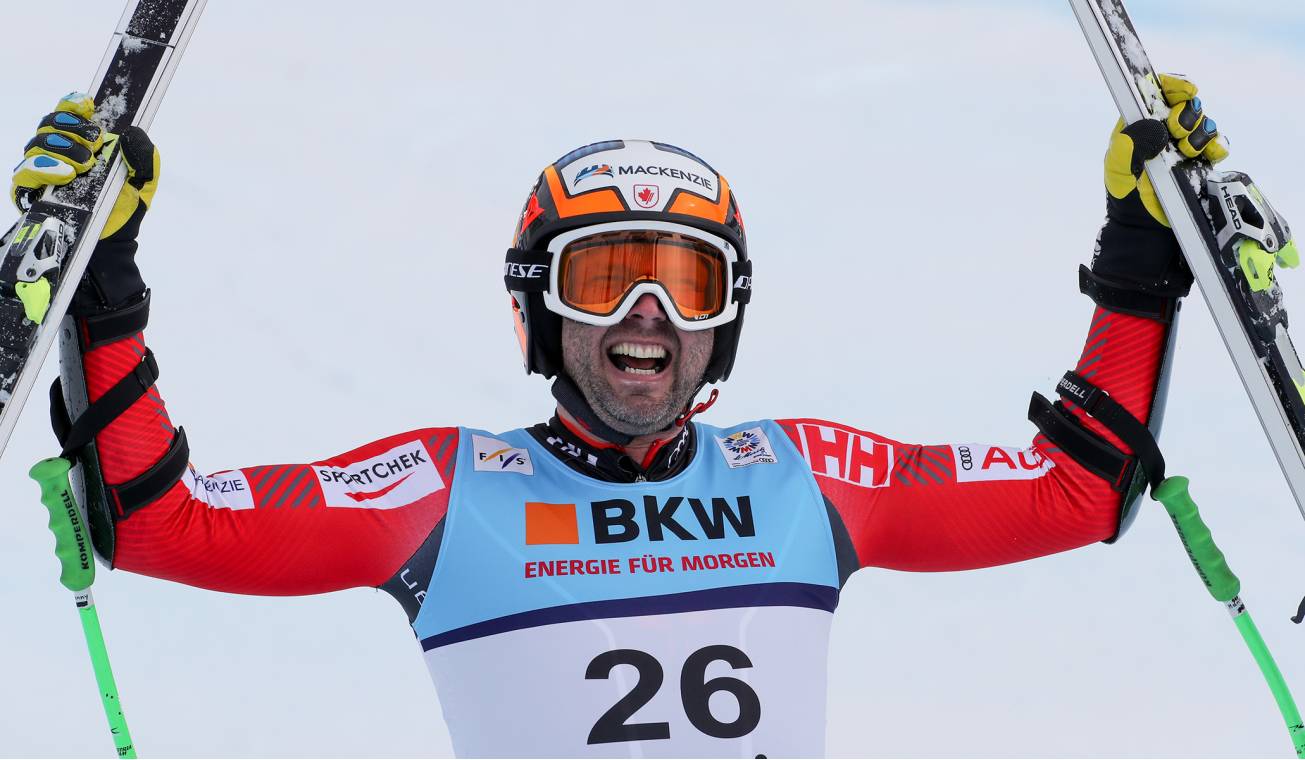 “Thinking about the journey from being 4-years-old skiing on mickey mouse skis, to standing on World Cup and World Championship podiums still gives me goosebumps,” reflected Osborne-Paradis. “Rubbing shoulders with my childhood idols, skiing the death-defying courses I had spent years hearing about through tales around the ski cabin fireplace.”

Throughout 16 seasons, the Canadian phenom stood on top of the podium in Kvitfjell, NOR, Val Gardena, ITA, and on home soil at Lake Louise. When Manny, as he is better known, won bronze in Super-G at the 2017 Alpine World Ski Championships in St. Moritz, SUI, he did so alongside teammate Erik Guay, and made history, as it was the first time Canada has put two men on the same podium at the Alpine World Ski Championships.   As a four-time Olympian, Manny had his best finish in the 2006 Winter Olympic Games in Torino, ITA, where he skied to a 13th place finish in the downhill. 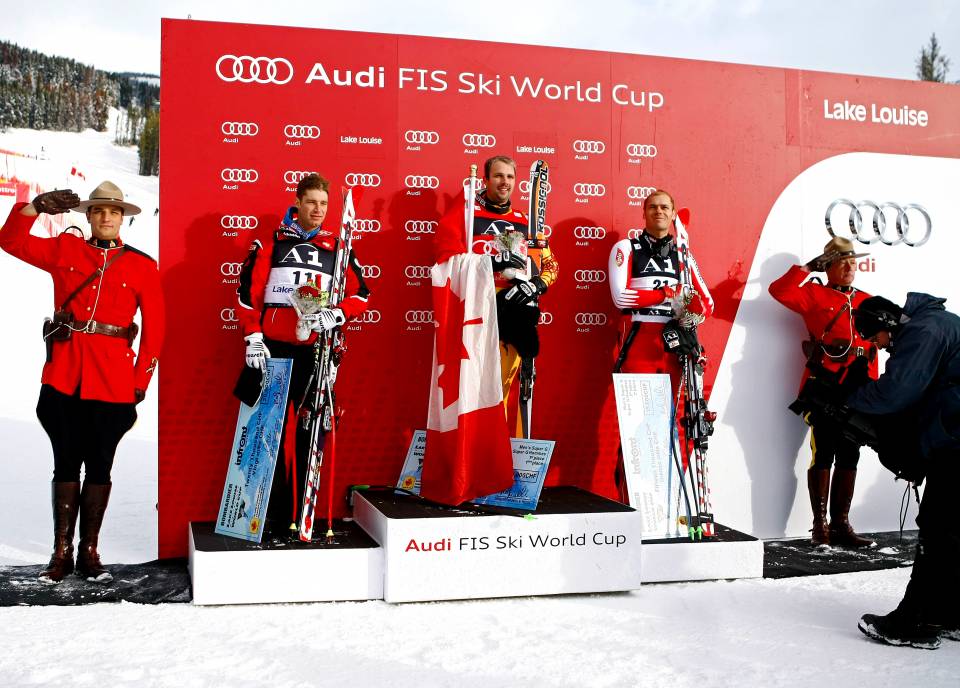 “On behalf of Canada’s ski racing community, I want to congratulate Manny on an accomplished career and know that all Canadians join me in celebrating his 16 years of ski racing excellence with Canada’s Alpine Ski Team” said Therese Brisson, President & CEO of Alpine Canada Alpin. “On the snow, Manny was electric, pushing himself and his teammates to perform at their best.  We know Manny’s energy, spirit, and attitude will continue to help inspire the next generation of ski racers and fans”

Manny was a founding member of the Canadian Cowboys, the elite group of Canadian men who have stood on the podium at World Cup or World Championship races.  This group was formed after an impressive string of performances from the Alpine Men’s team starting in 2006, which drew comparisons to the Crazy Canucks and inspired the Canadian Cowboys moniker.  The men went on to earn 52 podiums over 15 years.

“If you have ever been around the intensity, grit, triumph, and failure of elite sport at the highest level you will understand the gift that a smile and a hearty laugh can add to such a journey. This is one of the wonderful gifts that Manny brought to his career representing Canada on the world stage,” said Phil McNichol, High-Performance Director of Alpine with Alpine Canada. “In addition to this gift and his amazing ski race performances, the young athletes that have been positively impacted by Manny’s mentorship will surely continue to be what defines Manny Osborne-Paradis.” 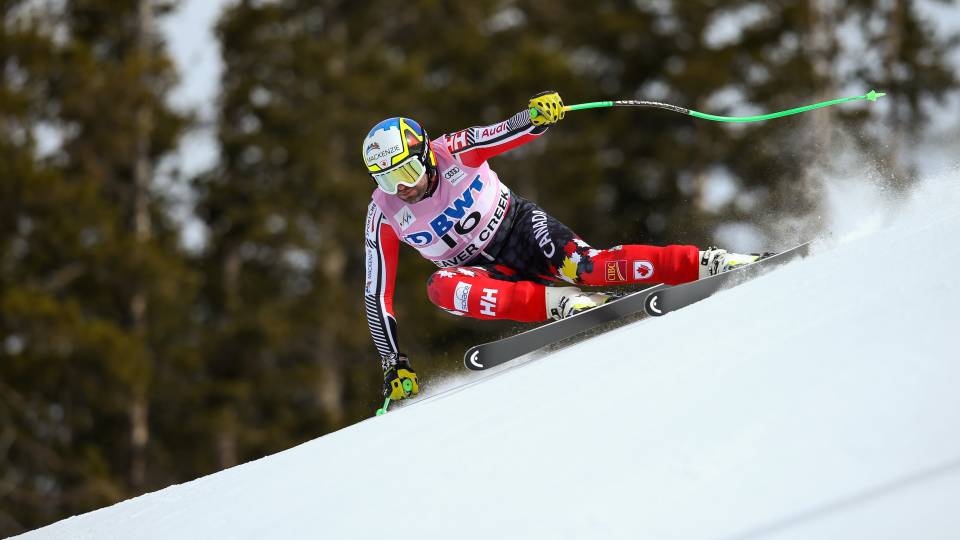 Beyond competition, Manny has been committed to building the next generation of Canadian ski racers. He and teammate Mike Janyk established The Mike and Manny Foundation which provides underprivileged kids with the opportunity to ski with two of Canada’s best.

Manny recently completed the Harvard Business School Crossover into Business Program, gaining valuable experience that will serve him well in retirement. He has recently started classes at Royal Roads University working towards a Bachelor of Commerce in Entrepreneurial Management.

After a lifetime of traveling the world, Manny is excited to spend more time with his wife Lana, and his two children Sloane and Toby. Manny will continue to be an important part of the Canadian Ski Teams and already plans to work with the men’s speed team in Panorama, BC in November.

“It’s been a wild ride with ups and downs, but I thank ski racing, and the community within,” Manny reflected while discussing his retirement. “Ski racing has sculpted who I am, it has opened many doors, and shown me new levels of possibility. Ski racing, you are a wicked, nasty, brutal, and invigorating sport, and I’ll always love you.”

Join us in celebrating Manny’s career on October 14 at 9 PM ET on CBCSports.ca.