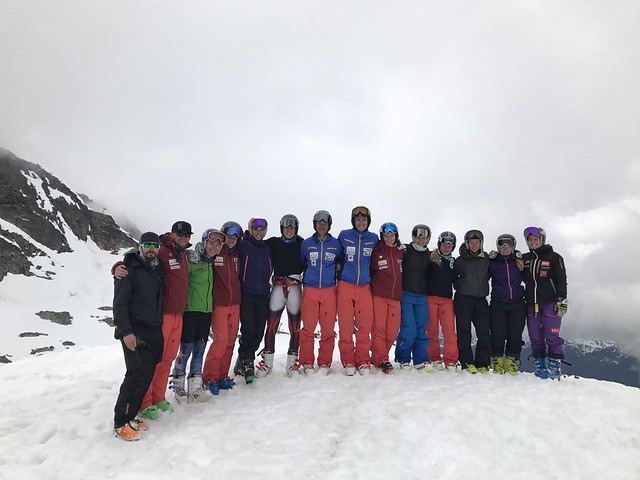 Vancouver, BC (June 14, 2017) - BC Alpine is pleased to announce the BC Ski Team Summer Training Group athletes, already hard at work through June on the Whistler T-bars. Eight members of the 16/17 BC Team have been joined by six keen newcomers. The 14-member sqad, led by veteran Cameron Alexander (WMSC), will spend the summer/fall months in the gym, on bikes and on snow preparing for the 2017/18 competiion season. They will take part in a month-long dryland camp in Whistler from July 3rd to August 4th. The BC Team will be named in November.

“We have a big group this summer, with a good mix of veteran leadership and fresh energy,” said BC Team Head Coach Nick Cooper. “Our goal for the next two months is to continue building our culture of hard work and come together as a team. We have just completed our first 4 days on snow, where we took a few steps back and reinforced the value of position and line. It was a great start and we look forward to continuing the momentum over the summer!”

"I am really excited about the opportunity to ski more in Whistler this summer with this dynamic group," said BC Alpine Athletic Director Johnny Crichton. "We are going to log more on-snow days in June this year than in previous years. We have an excellent program to build the engines and a top notch Integrated Support Team (IST) to back them up. BC Ski Team coaches are always looking for opportunities and ways to raise each individual's bar. It's going to be challenging, but fun!"

Congratulations to the following athletes!