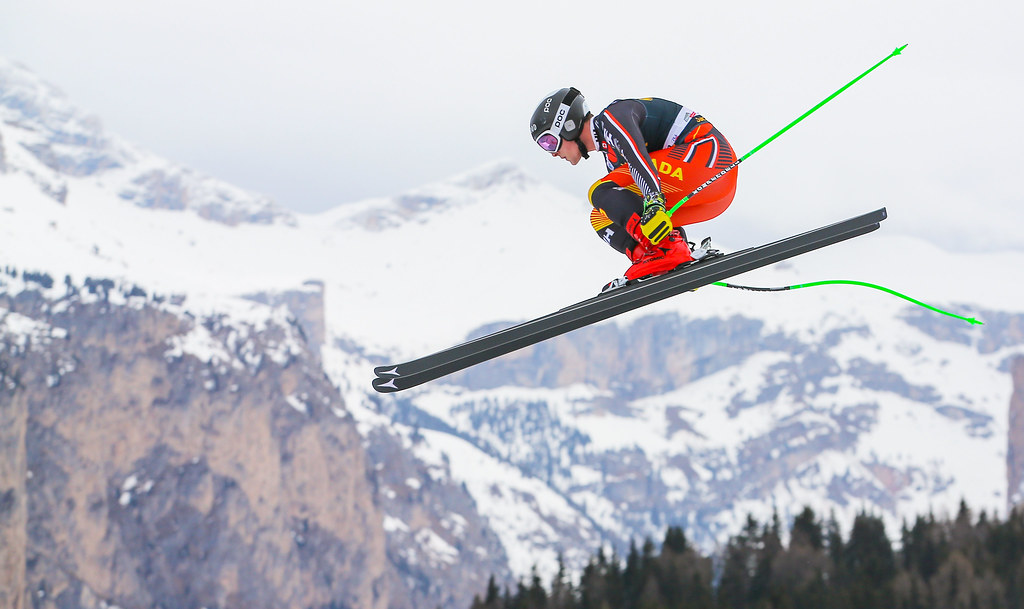 The White Circus. Most of us have heard that term used at some point as a nickname for the FIS World Cup circuit. But where does it come from? Sure, it’s the big dramatic show featuring all the stars of our sport. It’s the title of Ken Read’s book on ski racing through the eyes of a Crazy Canuck, but if I’m honest I’ve never read it and don’t believe that’s where I first heard the term. In fact, I never really gave it much thought aside from it being about what you see on the TV (if you’re lucky enough to live in a country where they air ski racing). This season may have been my first real eye-opener regarding where that name comes from. It was my first season on the full World Cup program and despite having some previous experience, I still felt there was a lot to learn about surviving almost four months straight on that schedule. There are probably a lot of moments I could write about to give some insight on the craziness, but I thought I would choose a roughly one-week period in mid-December as it involved a few new experiences for me. Oh, and some diarrhea. Can’t forget about that.

It’s mid-December, and we’re about a month and a half into the season — well only three weeks into the race season but by this time we’ve been on the road since the beginning of November. We’ve raced Lake Louise and Beaver Creek, then went back to Lake Louise for the Nor-Am week. It was then time to jump over to Europe for my first experience in Val Gardena, a track I was looking forward to as so many teammates had told me it was a blast. Now at this point, it doesn’t sound like we’ve really done much so far in the season; we’ve only really had three weeks of racing, but it’s a pretty busy and stressful three weeks that leaves the body inevitably feeling a little worn down. Throw in a couple of flights, airports, and a 9-hour time change and you’ve got a good recipe for getting sick. Sure enough, shortly after arriving in Italy, I could tell my gut wasn’t feeling totally right. No big deal. We made it to our hotel and had a day off to recover, followed by a day of GS training in the rain. Although we were being fed lots of pasta and other delicious Italian food, I found myself having to force it down for lack of appetite. I was a little worried about keeping my energy level up, but so far I was feeling alright.

Time for the first training day on a new downhill course. Although the weather wasn’t looking promising, the forecast was only looking worse as the week went on so we knew we could expect them to push hard and get the run off. This likely meant we were looking at a lot of time sitting around in the lodge because of program delays — some great news for me seeing as how my gut had taken a turn for the worse since the previous day. We inspected the fully salted downhill course in the rain and sure enough, found ourselves hanging in the athlete hospitality not long after. They announced the first delay. Then they lowered the start. Then another delay. Meanwhile, I’m in the lodge staying activated by running back and forth from the bathroom far too frequently. As they keep delaying the start time, I’m thinking to myself, “This might be the only training run so I can’t miss it. Please just let me hold it together for the two minutes or so when I’m on course”. As luck would have it, they ended up cancelling the training run and I was gifted one more day of recovery. 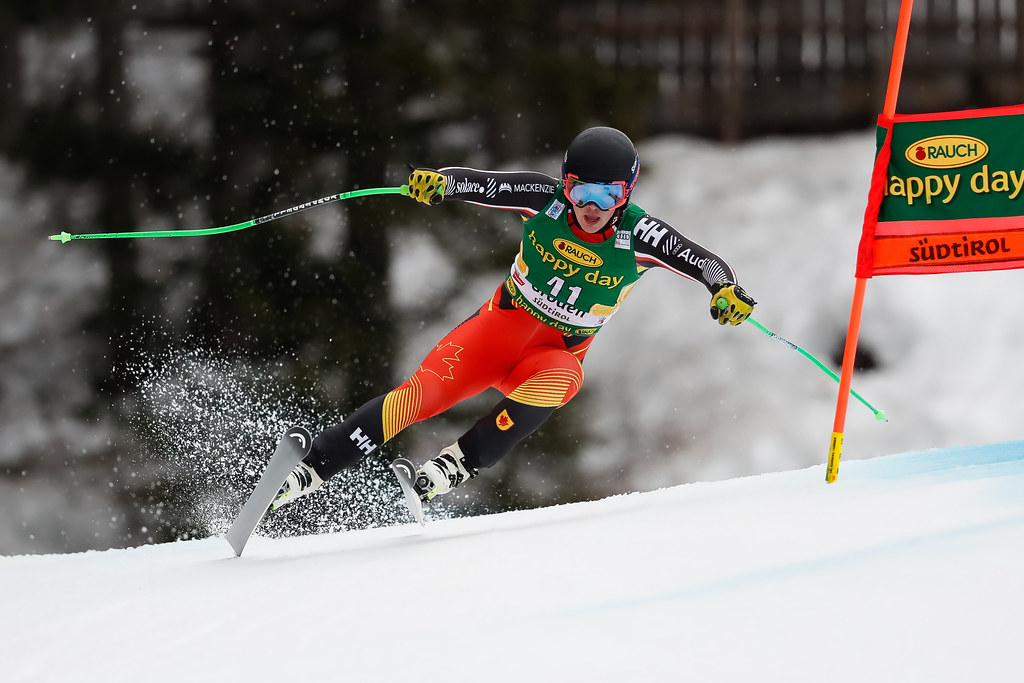 The following day we had some more delays because of fog, but eventually, we got the training run going and I was feeling a lot better about my ability to be away from a bathroom for an extended period of time. The conditions certainly weren’t ideal for running a World Cup downhill, but I have to say I still had a great time on that course. It felt like a roller coaster where you spend more time in the air than on the ground. I made my fair share of mistakes, but above all, I was excited to get another crack at it on race day. But first came the Super G. Once again we found ourselves facing wind, fog, a little rain, and a lowered start. The race started and so began a cycle that lasted the next five hours. They would send a few athletes, then the fog would roll in and they would call a course hold. It would clear up a bit, they would send a few more guys, then another hold. I sat in the athlete hospitality watching live timing with all the other later bib numbers, joking amongst ourselves about when we would get to race — if ever. Around 2:30 pm, they posted a final decision time and based on what we could see out the window we all thought there was no way the race would continue. Most of us packed our bags and got ready to head down the gondola. To our surprise, against all odds, they announced the race would continue. This caused a bit of a scramble for everyone to unpack their bags and once again get suited up to race. About ten minutes after I thought my day was over, I found myself standing at the start getting warmed up as the light faded. I made it all the way into my skis, buckles done up, watching the guy in front of me about to push out of the gate when the starter grabs him and calls another stop-start. I was standing right next to the clock outside the start tent. It read 3:25 pm — a bad sign. I did my best to keep my head in the game, but sure enough, minutes later they announced the race was over. My heart dropped. I had never experienced such a roller coaster of a day just to have it all taken away at the last second. I wanted the opportunity so badly, and all I could do was watch a bunch of guys score points that I didn’t even get the chance to earn myself. Thankfully, one of those guys was my teammate, James Crawford, who earned himself a personal best result and gave us something to celebrate. But that also left me feeling like I knew I could have done it as well. It didn’t feel like a fair day, but that’s the way sport — especially an outdoor sport — goes sometimes. I resolved to put that energy and frustration towards attacking the downhill course the following day.

It seems my shot at redemption was also not in the cards. We woke on the downhill race morning to fat, wet snowflakes hammering down on the whole valley. The race was cancelled before we even got dressed to leave the hotel. Another little punch in the gut (just figuratively this time). I thought that would at least mark the end of my circus of a week, but it turns out that wasn’t the case either. The plan up until this point had been to head one valley over to Alta Badia after the downhill race, meet up with the tech boys and get my first World Cup GS start the next day. Following that, I would have flown back home for Christmas and skipped the Bormio World Cup. With the cancellation of the Val Gardena downhill, they decided to tag a second downhill on to the Bormio series, making it a larger opportunity to miss out on. By this point I had had enough of missing opportunities, so we discussed changing the plan in order to stay in Europe over Christmas and through Bormio. The coaches agreed that was probably the best course of action. Cool, I’m doing my first World Cup GS and going to Bormio for the first time. 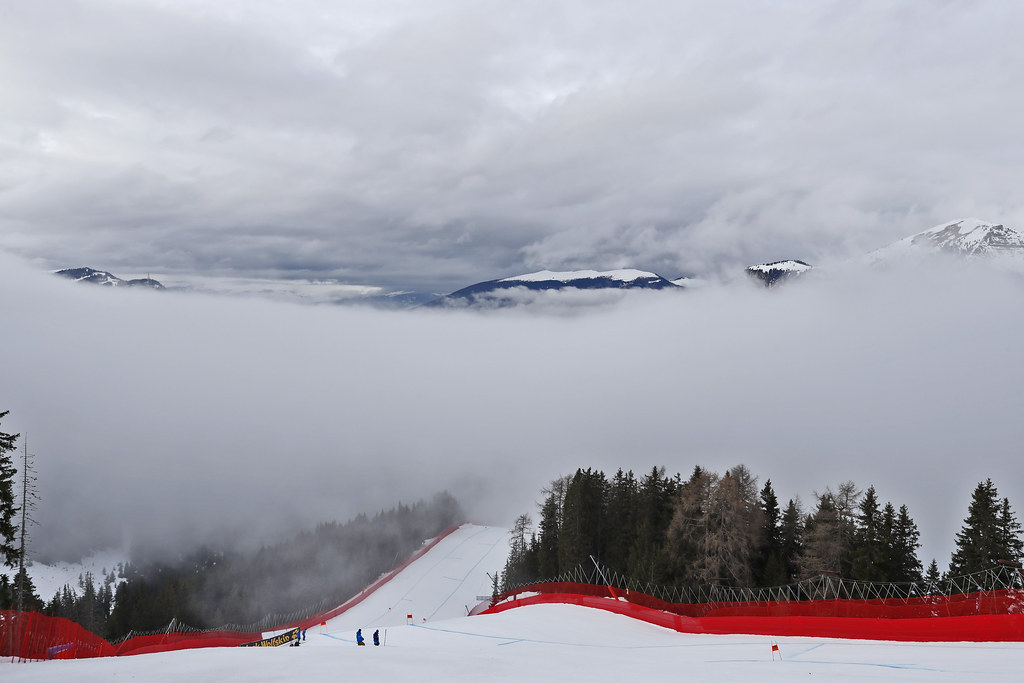 A couple of hours later I’ve gotten all my bags packed and loaded into our physio’s van to be driven over the mountain pass to Alta Badia. Pavel is in the tuning room prepping my GS skis for the following day. Suddenly he comes out to the lobby and says, “What happened to the GS race? You aren’t doing it anymore?”

“What do you mean? My stuff is packed and I’m just waiting to leave.”

“I just heard you guys changed the plan and you’re not doing that anymore.”

Alright… that’s news to me. I went to find the coaches and sort it out, and sure enough, they tell me if I’m staying for Bormio now I won’t be doing the GS race because the priority is to get some rest. Makes sense, I just wasn’t aware that was part of the change of plans. Time to go re-pack all my bags into a different van.

Obviously a lot of things didn’t go as planned during that week, but I was holding on to the few positives. Mainly I was looking forward to one day going back there and getting to ski that super fun downhill again. I ended up spending Christmas and my birthday in Europe for the first time, and the GS in Alta Badia turned out to be another nasty-looking race day in rough conditions which caused a few notable injuries. The week in Val Gardena felt like a bit of a gong show, but I think one of the lessons is how that’s one of the simple realities of our sport. We’re at the mercy of the weather, and at the World Cup level, we’re also at the mercy of the TV viewership as that’s where the money comes from. With big money on the line, you have to expect that occasionally unexpected things will happen, whether it’s a rearranged schedule or some questionable decisions to run or cancel a race. You don’t have to like it, but you have to learn to manage yourself throughout it so you can stay focused and perform when you get your shot. I definitely still have lots to learn about that, but hey, that’s part of the journey. ~ Brodie Seger