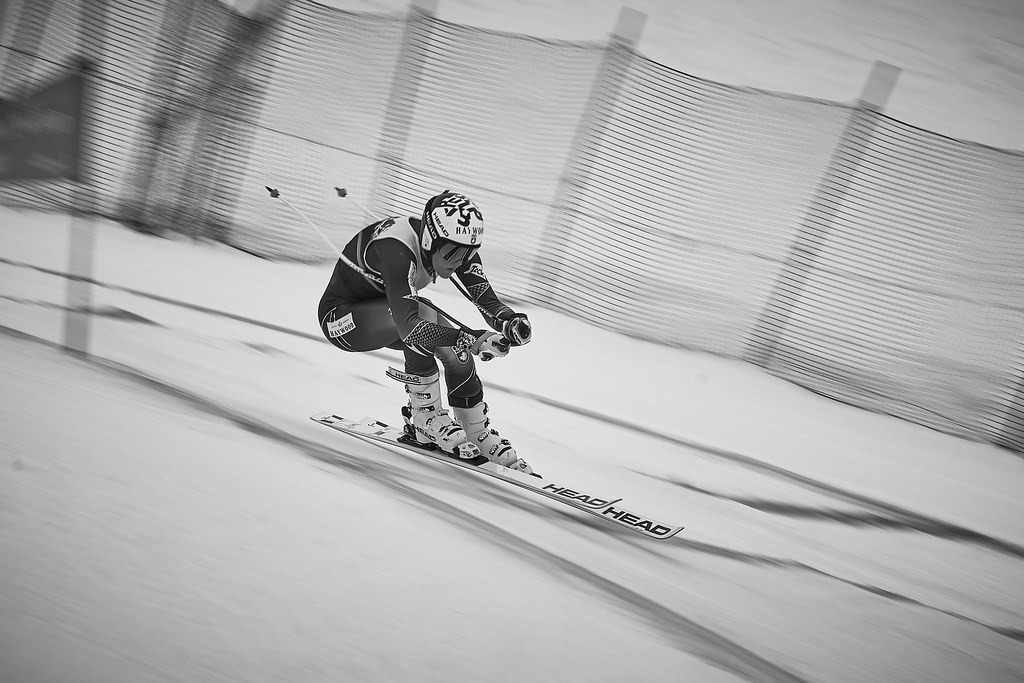 After three solid days of racing slalom at Grouse, the BC FIS tour put wheels to pavement again and headed for Whistler. It was here that the turns got a bit bigger, the skis a little longer, and the speeds a lot faster. 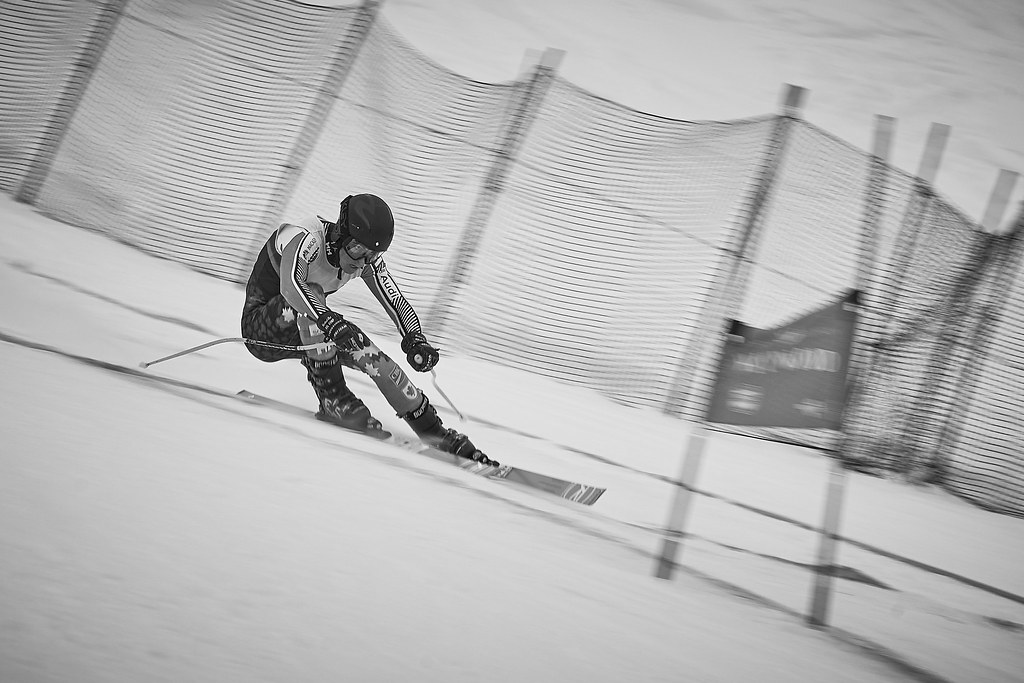 Many thought it couldn’t be done, a speed series in Whistler. Forecasts were cross referenced with each other on a regular basis in attempts to predict Mother Nature’s future behaviour and how the race schedule would play out. With some foresight, a little luck, and good old-fashioned elbow grease the volunteers, coaches and athletes collectively executed four GS, four SG, and four DH races, complete with four DH training runs. Not to mention an epic day of powder skiing sprinkled somewhere in the middle!

Although it was all business on the Dave Murray Training Centre for the races, it was refreshing to see competitors put down their gauntlets and shred the mountain together. Exploring the mountain and being playful on their skis with friends was an inspiring and energizing way to use the weather-induced day off from racing. Either through race-induced excitement, peaking over the crest of snow-covered cliffs, or drawing lines through powder-filled trees, adrenaline could be found coursing through veins.

The fun wasn’t strictly reserved for the mountain either. Parents and volunteers hosted the BC FIS tour for a buffet dinner at the Whistler Mountain Ski Club clubhouse, complete with homemade gelato for dessert. Many thanks to the generosity and efforts to feed so many hungry, active teenagers and course crew. Heming Sola (photo right courtesy of Derek Trussler)

Brendan Moss, reflecting on his experience, commented on the shared effort of the race personnel to execute fair, safe and challenging races: “I felt that racing at home gave us as a team the confidence we needed to be aggressive, and attack on the hill we have skied countless times. It was also great seeing all the volunteers working hard to get the races off, with a smile on their face each and every day no matter the weather.”

For some, the weather was of particular concern for this event. Whistler has been known for some variable conditions, and weather can have a massive influence on the conditions of speed environments. Overall, Whistler served up a smorgasbord of goods: sun, snow, fog. If you can name it, we probably experienced it. Gemma Bexton recalls that “this race series was a bit of everything; we got all different kinds of courses and weather. The varying conditions kept things interesting and made for some tough battles. My runs didn’t always feel great, but when I made a plan, fought hard, and kept charging no matter what I was able to perform well.”. Gemma, a Whistler Mountain Ski Club athlete, was “stoked” on her first FIS GS podium.

This past race series was a feat of endurance. From February 29th to March 7th the athletes prepared their minds, bodies and equipment for optimal performance. The amount of energy invested in a single run can be exhaustive, both physically and mentally, with speed events potentially adding a heightened demand on an individual’s resources simply due to relative novelty. Athletes were required to not only manage themselves during the day, but to be prepared and proactive in their selfcare for subsequent days as well. Alexander Katrusiak, who noted having a breakthrough in his skiing this past series, emphasized that “this week I really learned the importance of recovery. The only way I was able to get up there and push every day was if I spent the time to do my recovery.”.

Kiara Alexander continued with her success this series by topping the podium in both SG races. Nellie Muldrew took third and second place, respectively, with Jessie Ferguson completing the podium in second and third place.

Soleil Patterson set the pace in both DH races, crossing the finish line in a time that would remain untouched by the other competitors. Jessie Ferguson and Nellie Muldrew, coming second and third in both DH races respectively, were left nipping at Ms. Patterson’s heals.

Logan Dunn, followed by Daniel Harrison (2nd) and Nathan Romanin (3rd), topped the podium in the first DH. He had to share his spot in the golden light with Nathan Romanin in a first-place tie in the second race, and Danial Harrison claiming second. 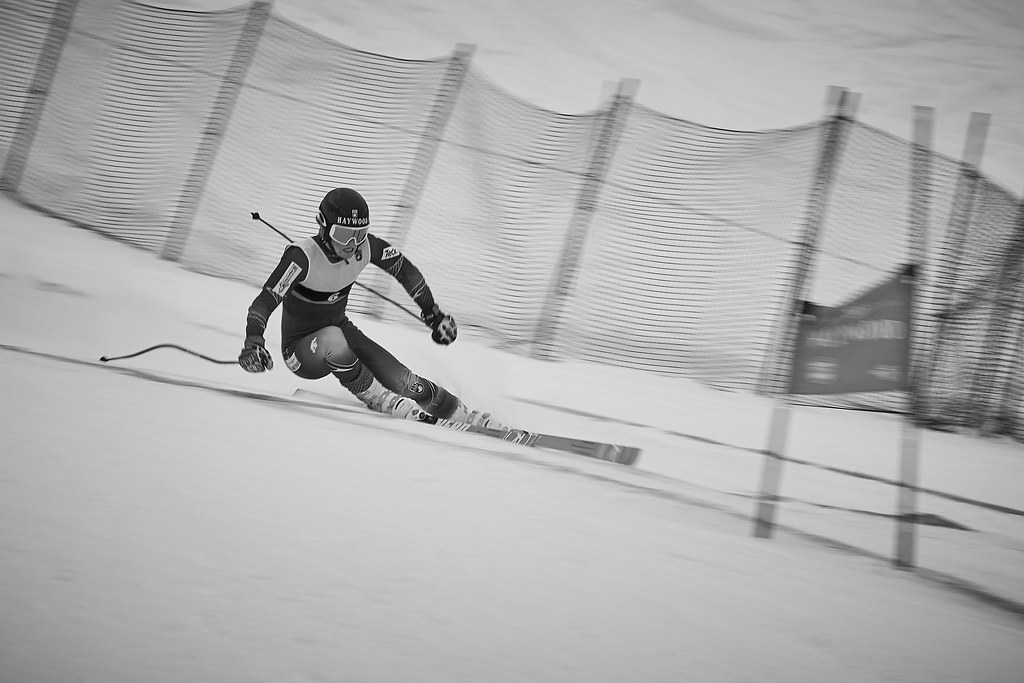