After eight full seasons with the BC Ski Team, BC Alpine Head Coach Nick Cooper is taking the next big step in his career, accepting the role of Men's Head Combi Coach with the Canadian Alpine Ski Team.

Cooper began his coaching career in 2007 as Assistant Coach for the Whistler Mountain Ski Club FIS Team. In 2010 he joined Alpine Canada where he spent a season as Assistant Coach to the men's World Cup Technical Team. In the 2011/12 season he put his experience to work as Head FIS Coach of the Fernie Alpine Ski Team, before returning to Alpine Canada for the 2012/13 season as Return-to-Snow Coach.

In 2013 Cooper started his 8-year stint with BC Alpine and the BC Ski Team, during which he helped move a number of BC athletes up to the national team, and to the NCAA College circuit. His dedication to high performance and the success of the BC Ski Team earned him BC Alpine's FIS Coach of the Year Award in 2020.

"I have worked closely with Nick for the last 8 years and I am beyond excited for his opportunity to work for ACA," said BC Alpine VP Johnny Crichton. "His commitment to development and hard work is second to none. I could not be prouder of him, or more excited for the guys he will be responsible for at Alpine Canada. This is exactly how the coaching pathway is supposed to work! Coaches develop through the Canadian system, and with excellence comes opportunity to advance and achieve career goals. Nick has dedicated his life to the sport and proved his excellence. He is 100% committed."

We are very proud and happy with the work Nick has done for BC Alpine over the years, and it is bittersweet to see him leave," said BC Alpine CEO Anders Hestdalen. "But at the same time it's great to be a part of developing coaches and watching them excel though their careers. Nick is a huge part of BC Alpine and we will miss his passion, drive and fearless approach to developing world class athletes. Good luck Nick, we look forward to seeing you help Canadian athletes win on the world stage. Go Canada!"

Following is a "from the heart" message from Nick to all of you:

As many of you now know, I have accepted a position with Alpine Canada Alpin, and will be leaving BC Alpine this spring.

Before I move on to this next chapter of my ski coaching career, I want to express how much my time with BC Alpine Ski Team has meant to me, and thank the people who have made this time so special.

During my 8 years with this team, I have been fortunate to meet and work with so many incredible people. People who are passionate about the sport, driven to excel and inspired by the dedication and determination of our talented athletes. This organization's success has always depended on so many, and I would like to take this opportunity to recognize a few.

I must start with Kathy Stahr, the glue of the organization, and one of many unsung heroes of this sport. Kathy has put up with me for a long time and without her constant support and availability I would have been lost many times.

None of this would ever have happened without my former boss and living legend Bruce Goldsmid. Thank you Bruce, for taking a chance on me all those years ago, being an amazing boss and leader and becoming an even better friend. To Johnny Crichton, who has been there every step of the way on this journey, thank you for everything, your amazing leadership style has allowed so much personal growth for me, and I will continue to lean on you for advice and guidance in the future. To the current CEO, Anders Hestdalen, thank you for coming in and allowing me to continue to operate the way I had previously, and for providing support in so many different areas. Another big part of our organization is Keven Dubinsky. Thanks Keven, for all the work you put in behind the scenes. Without the commitment of so many doing their part to ensure things run smoothly on every front, we would not have had the successes we were able to share. 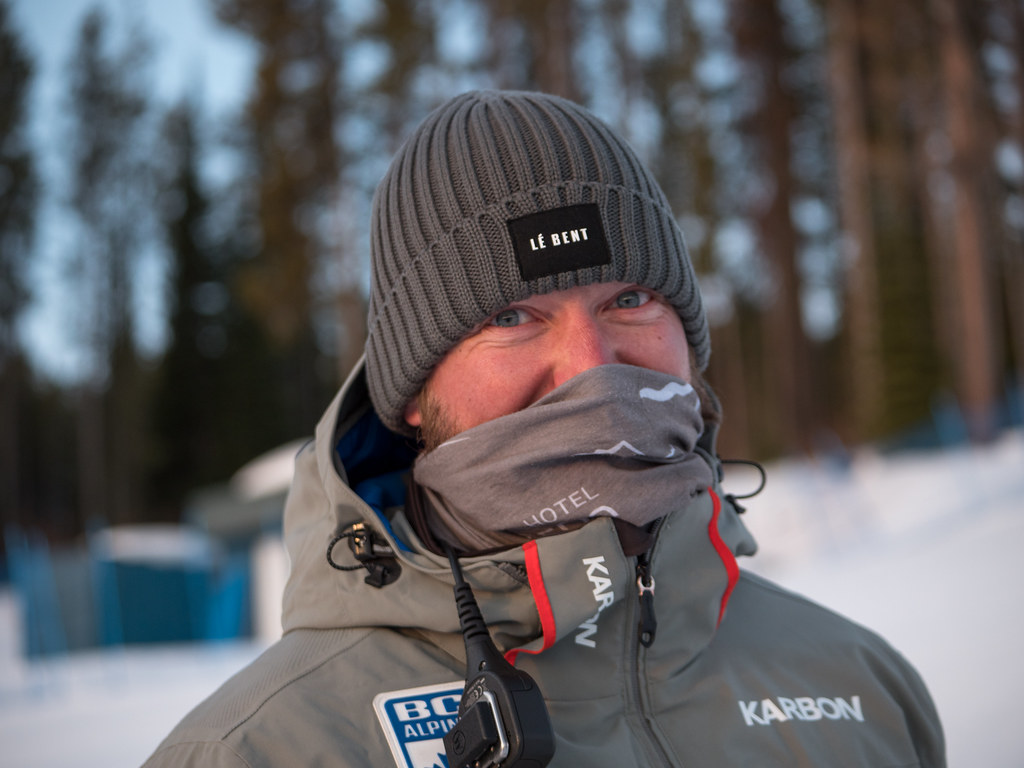 Of course, I am forever indebted to the group of coaches I spent immeasurable time with. PL, Jazzy, Morgo and Monty I’ve cherished our years together. Your support of our collective efforts has always been sincerely appreciated.

To the many talented, dedicated and inspiring athletes I have been able to coach. It is hard to put into words how much you all mean to me. To see from the beginning, to where you have all gone on this journey, has been the most satisfying.  Especially to our current crew, Marcus, Nathan, Gerrit, Tait, Heiko, Heming and Dylan, you guys made such a crazy year a true pleasure. Your patience throughout this season, all the while showing up each day ready to perform, even though it was impossible to know what the future held, was inspiring.  As well, to all the parents, your support has always been a key, and I have been fortunate to have parents who understand what it takes and stand behind the kids and the program we developed.

Lastly thank you to all the amazing volunteers, coaches, ROCs, BC Alpine volunteer Board of Directors, and all the other athletes in this province that make it so great. I personally believe the connections and friendships I have made during my time at BC Alpine are lifelong and I am so grateful to know each and every one of you.

I know this is not so much a goodbye as a moving forward to the next chapter. I look forward to continuing to work with and cross paths with many of you in the ski racing world.

It is bittersweet to sign off for the last time as BC Alpine’s head coach. My heartfelt thanks to everyone who contributed to ensuring we met our collective goals, and in particular, supporting me in achieving my vision and success as a ski coach.

Thanks again and bye for now!